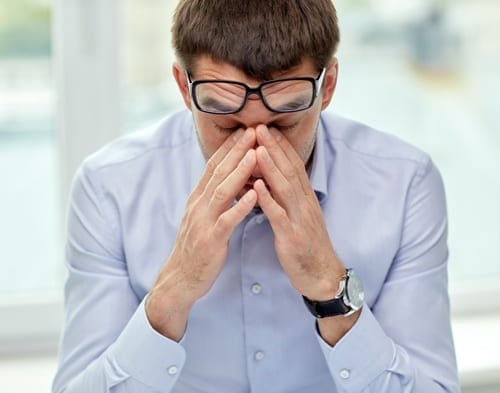 The media constantly reveals cases of people who engage in patterns of behavior that involve use of sex and drugs and jeopardize their well-being, integrity, and even their lives. For example, Jared Fogle was recently sentenced to 15 years and eight months in prison on multiple charges of sexual misconduct involving minors. During his sentencing hearing, a forensic psychiatrist who met with him said he believed that Jared’s former food addiction and obsession with losing weight may be linked to a hypersexuality disorder.

This news was met with much indignation by the public, who perceived this to be an “excuse” for his inexcusable behavior. However, while such a diagnosis does not indicate that one should not suffer consequences for his actions, there is some truth to the possibility of one addiction cascading or interacting with other addictions.

What is happening with a person who engages in such dangerous endeavors with no regard of possible consequences? There is increasing scientific evidence that addiction is a brain disorder that can cause multiple issues. For those who struggle with the disorder, having more than one addiction is more the norm than the exception.

Dr. Patrick Carnes introduced the concept of Addiction Interaction, which means that multiply addictions do more than simply coexist: they interact, reinforce, and become part of one another. Addiction interaction occurs above and beyond what would be expected when two or more addictive issues are present.

A person’s pathological search of reward, relief, or both by using substances and other behaviors alters the neural pathways, the brain plasticity, and the brain wiring. Interaction involves neurons fusing and wiring together; the addict experiences similar decrease of dopamine and withdrawal when it is no longer possible to engage in the addictive behaviors, and the brain creates the need to restart the addictive cycle. The results of combined addictions can be unpredictable, riskier, and even deadly when elements of addiction compete in the brain.

How Do Addictions Co-Occur?

Addictions co-occur in different ways and for different reasons:

Get to the Core to Prevent Relapse

Learning about addiction interaction helps us to understand how an individual is at higher risk for relapse when several addictions are present. If all of a patient’s addictions are not addressed during treatment, with the goal of lowering the dopamine set point, the likelihood of relapsing increases exponentially.

Gentle Path at The Meadows is uniquely qualified to treat multiple addictions and other co-occuring disorders, such as anxiety and depression. Our multi-faceted approach to treatment – including trauma resolution, mindfulness techniques, experiential therapies (e.g. horsemanship and challenge courses) and family therapy – allows us to help our patients find the core issues that trigger their addictive behaviors and resolve them. When patients leave our program, they have a better chance of being free from the never-ending cycle of addiction interaction.