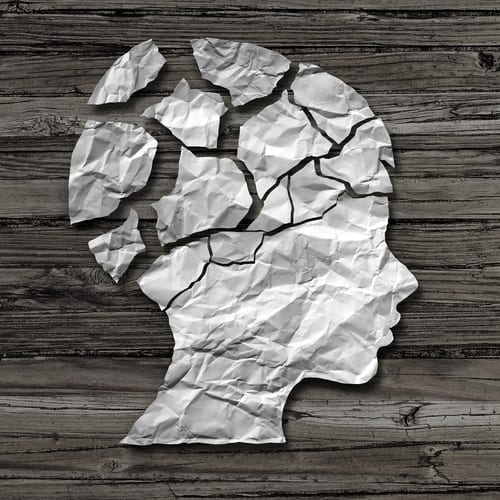 Sex addiction is an incredibly deteriorating illness that, in many cases, stems from traumatic incidents in a person’s developing years. Sexual abuse, particularly when the victims are men, often goes unreported due to social stigmas, and preconceived gender roles and stereotypes about sexual abusers and victims.

Survivors of childhood sexual abuse often cope with their trauma in one of two ways. They either withdraw from any kind of future sexual activity, deliberately avoiding any sexual, intimate or flirtatious interactions or they seek out promiscuous sexual activity on a large, unhealthy scale. This can include an endless cycle of short-term partners, dangerous or risky sexual behavior, addiction to pornography, and regular bouts of infidelity.

The latter response to childhood sexual abuse may seem on the surface to be counterintuitive. Why would a person willingly seek out activities that originally caused them intense psychological distress at the hands of another person? For many abuse survivors, both the abuse and their reactions to the abuse are extremely painful and difficult to comprehend.

While it may seem strange, it is a very common reaction among those who have survived childhood sexual abuse. In fact, studies have shown that sexual abuse during a person’s developmental years has a strong correlation with hypersexuality, sex addiction, and an unhealthy perception of sex, intimacy, and relationships as an adult.

How Sexual Trauma Can Lead to Sex Addiction

Recent research shows that men who are addicted to sex are highly likely to have suffered trauma in their childhoods. Around 72 percent of sexually addicted men say that they were physically abused, while 81 percent claim to have suffered from sexual abuse. These statistics, while incredibly tragic, make a strong case for the notion of “abuse creating abuse,” although the underlying truth is, of course, a lot more complex.

Many people who suffer sexual abuse during childhood come to equate their sexuality with their self-worth. Over the years, the person may have come to “accept” the abuse as though it was the only aspect of their character which offered gratification to another person. It greatly skews a person’s perception of who they are, what their purpose in life is, and their understanding of appropriate relationship dynamics.

Suffering sexual abuse at a young age also lights up neural pathways in the person’s brain which are linked to sexual arousal. This can be damaging to a child’s brain because they have not developed the structure to properly process this type of arousal. When sexual arousal occurs at an age when one has matured enough to place it within a context of healthy desire and connection, it helps them develop a healthy perspective on intimacy and sex. But, when it occurs before they have matured enough, these same neural pathways become associated with negative emotions such as fear, shame, secrecy, confusion, physical distress, jealousy, and rage.

When a man who has been sexually abused as a child reaches a reasonable age at which he should be able to comprehend the connection between sexual interactions and relationships, his perception is, by this point, already distorted due to his tendency to associate sex with negative emotions. While he may to begin to crave the idea of being wanted by another person, he may only feel comfortable attempting to gain this kind of gratification through the use of sexually aggressive tactics. Men often desire the increase in self-esteem that they believe an intimate relationship could provide, but find it difficult to develop and maintain a real relationship due, at least in part, to the ways in which their brains connect the idea of sexual intimacy with danger.

Many male survivors of sexual abuse also sometimes use sex as a way to regain control of everything they felt was taken away from them during their abuse. Frequent and unsafe sexual promiscuity is the physical manifestation of an embedded desire to have power over the very thing that made them feel so powerless in the past. The abuse victim may have internalized the events to be some sort of ‘game’, and by engaging in regular, compulsive sexual behavior, they feel they are finally “winning.”

Shake Off the Shame and Get Help for Sex Addiction

The shame that is associated with being a victim of abuse causes men to shy away from getting treatment for sex addiction and addressing their underlying trauma. To discuss their painful childhoods in an open and honest way would be a violation of what Dan Griffin, Senior Fellow at The Meadows, calls “The Man Rules.” Conventional beliefs about masculinity tell us that a real man should always be in charge of his fate. Men are not supposed to be vulnerable to abuse. Many men believe that if they talk about the abuse or their emotional pain with anyone, they are “whining” and that seeking professional help is especially “weak.” They have been taught that it is important for them to protect themselves physically and emotional by putting on an armor of masculinity. Coming to terms with traumatic childhood abuse is seen as something which may require them to abandon that armor, leaving them vulnerable to pain and ridicule.

Sadly, these dangerous and unfair standards of masculinity do nothing but impede men’s recovery and prevent them from developing the loving, life-affirming personal relationships they need and deserve.

Instead, it is much more beneficial to seek out trauma-informed treatment from professionals who specialize in sex addiction. With the right guidance, it is possible to overcome past trauma and be on your way to a much healthier outlook on relationships, sex, and intimacy.