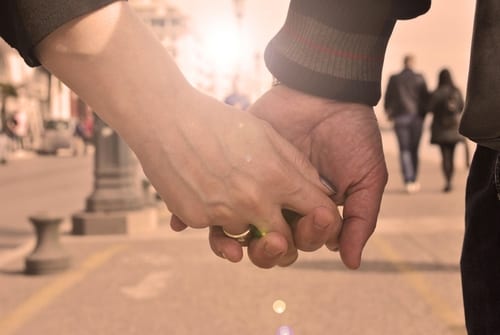 Mutual Respect and The Power of Intimacy

By Dan Griffin, MA, Senior Fellow at The Meadows

Power is a very interesting phenomenon. I remember having numerous conversations about the complex intersection of power and relationships in graduate school. There was a lot of confusion as to what exactly power even is.

One of the most common misunderstandings about power is that it is a linear phenomenon. In fact, power comes at us from numerous sources all of the time.

The second most common misunderstanding is that power is a zero-sum game-either you have it or I have it. And whatever you have, I can’t have, and vice-versa. This fundamentally flawed way of thinking about power greatly impacts our experiences in relationships.

The Woman Rules say that women should be cooperative, passive, nurturing, selfless, and not too strong. Therefore, from a very early age, young girls are encouraged to find power with. Women are expected to share power with others even if it puts them at a disadvantage; even when it means they have to give up their own power.

And that is the rub in so many heterosexual relationships.

You cannot have a relationship that doesn’t involve a complex interaction with power. What some people don’t often consider is that power can be healthy. In fact, it is an essential part of the day-to-day human experience.

To help us explore the complexity of power in relationships, we can look to the classic Karpman drama triangle which illustrates the shifting, and sometimes destructive, roles of the persecutor, rescuer, and victim that people play in relational conflicts. In this “drama triangle” each person involved in a conflict experience and acts out all of these roles at different times. The role we take on can determine how we perceive our partners, interpret their behavior, and interact with them.

The reason these triangles arise and often endure is that each person, regardless of their role, finds that they get their unspoken, and often unconscious, psychological needs met by playing these roles-roles which they most likely originally “perfected” through the power dynamic that played out within their family as a child.

Whether they play the victim or persecutor, or some combination of all three roles, in the end, each person feels justified in acting upon their needs. Feeling satisfied, they often conveniently fail to acknowledge the dysfunctional ways they tend to go about getting their needs met, or the harm that is being done as a result to themselves, their partners, or any third parties (like children) who may be directly or indirectly involved in their conflict.

When there are times of disconnection in the relationship and even if, for whatever reason, there is a loss of respect between partners, intimacy can only be restored in the space of mutuality. We have to move away from the desire to have power over our partners toward the experience of having power with them. When we are able to uncover how our emotional needs arise from our childhood trauma and release some of that pain, we have the ability to break free from the drama triangle and build an intimate and nurturing environment of mutual respect. Is it easier to let our relationships fall into a series of power plays or to maintain a space of mutual respect? I would suggest the former. We have to build up our emotional and spiritual muscle in order to truly listen to our partners and maintain respect, especially when they are being their very human and imperfect selves and not doing what we want them to do or being who we want them to be.

Finding The Power to Choose

What is the greatest crucible for us working out all of our childhood “stuff”? Our most intimate relationships, of course.

It is like a divine joke where God says, “Okay, so you find this person you really care about and want to love? Great! Now here is all of this pain and suffering from your past that you get to sort through with them. You will often take it out on them, blame them for it, and project it onto them, which will cause all kind of intense, painful conflicts!” Wow, thanks a lot. All of those childhood experiences are deeply related to how we bring power into our relationships.

And, when you add in sex addiction and/or love addiction with trauma and drama triangles? I believe the clinical response is: Ay-Yi-Yi.

At the core of most sex and love, addiction is a profound difficulty achieving healthy intimacy because of attachment-related trauma. Said simply, individuals who engage in addictive or compulsive behaviors related to sex and relationships have a very hard time forming attachments to others in healthy ways. No wonder then, that we are likely to see even more intensely destructive behaviors when addiction takes the stage among the three bedevilments in the Karpman triangle.

The most essential tool for any kind of personal change is awareness. With awareness, you can begin to learn how to make a choice about what you will do and how you will react at any given moment.

What we know from years of working with people at The Meadows is that choice is not always easy to access. The powerful strings of the past can pull us back to our childish and often desperate attempts to find emotional safety. And, what can offer us a feeling of safety (or at least the illusion of safety?) Power. And all of us are guilty, numerous times throughout the life of a relationship, of misusing power.

Your limbic brain-the unconscious part of your brain that’s screaming at you to find safety-doesn’t care if you use this power in a healthy and affirming way or not – it just wants the feeling of safety. That need can be satisfied, temporarily, by displaying overt and aggressive power (as men often do) or by displaying manipulative and passive power (as women often do). However-and this is the beauty of the Karpman Triangle-both of these examples are unhealthy and even abusive uses of power.

If you ask most people if they want their relationship to be based upon power plays or mutual respect, they will almost always choose the latter. Within every relationship is the constant ebb and flow of power and control between all parties. To build a truly healthy and deeply connected relationship, each person must choose, more often than not, “power with” instead of “power over,” and a healthy sense of control over a toxic need to control. The challenge is being honest enough with ourselves and our partners when we inevitably slip into those power plays and move back into a space of mutual respect. That is how we come to truly understand the power of intimacy.