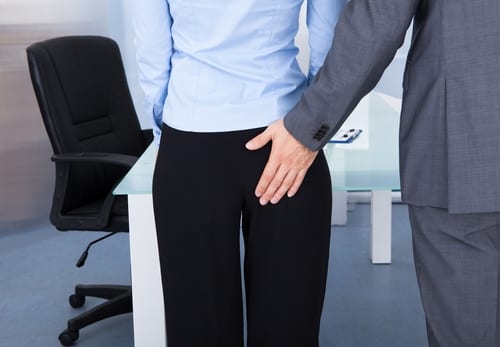 Sexual Assault Accusation was the Wake-Up Call One Man Needed

This U.S. presidential election season has been a particularly tough one for many people. In no way do we want to add to the general sense of fatigue and frustration many Americans are feeling right now by advocating for any particular political candidate over another. Trauma, addiction, and related mental health disorders do not discriminate based on a person’s political viewpoints and neither do we. So, please do not read any endorsement, implied or otherwise, into the following paragraphs, or in our decision to share Mark Hoadley’s article.

The topic of sexual assault has made its way into recent discussions surrounding the presidential campaigns. As a result, many brave women and men have taken to social media and other outlets to share their personal experiences with sexual assault and abuse. By talking openly about their trauma, the impact it has had on them, and their recovery, they are giving others the courage and strength they need to come forward and begin their own recovery journeys.

The significance of this cannot be overstated. Unfortunately, the sexual assault and abuse victims who do come forward represent only a small percentage of those who have actually experienced that kind of trauma; but, as rare as it is for sexual assault victims to come forward, it can be even more uncommon to hear from the perpetrators of sexual assault.

That’s what made Mark Hoadley’s recent essay in the Washington Post so remarkable to us. In it, he takes full responsibility for an incident that led to him being accused of sexual assault by a co-worker and losing his job. He also demonstrates the complex ways that sex addiction and drug and alcohol addiction can lead to the escalation of inappropriate and unacceptable sexual behaviors.

Like many men who have gotten help for sexual addiction and sexual compulsivity at Gentle Path at The Meadows, Hoadley was a highly successful, driven, and talented man:

Five years ago, I was a 26-year-old Harvard graduate working in bond sales in Singapore. I was earning six figures, living in a million-dollar apartment and generating business faster than my colleagues.

Underneath it all, however, he struggled with his self-worth and confidence. He masked his pain and uncertainty by pursuing women and drinking heavily:

In high school, I was a quiet, nerdy Catholic boy. I would hide my desire for a girl until she demonstrated interest. This got me nowhere.

In my early 20s, I started taking more initiative, preferring rejection to passivity. At college parties and clubs, I would get drunk and offer alcohol to women who interested me. Then I’d try to endear myself to them by touching them lightly on the wrist or arm, a strategy I’d read about in Neil Strauss’s “The Game.” The women I pursued either said no and I left it at that, or they expressed pleasure and we moved forward. I got laid quite frequently and had a few short-term relationships.

The incident that got him fired occurred in an elevator in his office building as he was on his way to a formal work dinner. He remembered being drunk and seeing a female co-worker alone in the elevator and wrapping his arm flirtatiously around her waist. The following day, he was surprised and frightened when the Human Resources representative called him into her office to talk about the incident. The woman had reported that he groped her in the elevator. He couldn’t remember for certain what had happened. He had been black-out drunk at the time. Although at first, he doubted the woman’s account of the story, in time he recognized that it was likely that he had touched her inappropriately, given his pattern of past behaviors.

You Can Stop Unacceptable Sexual Behaviors

Sexual assault and harassment can have a devastating impact on victims’ feelings of self-worth and their day-to-day lives. One way to prevent the damage caused by sexual abuse of all kinds is to prevent it from happening in the first place.

Some men who engage in abusive patterns of behavior can change. However, they must be willing to take complete responsibility for their behavior and do the hard emotional work required to alter their inappropriate pattern of acting out in ways that are damaging to others as well as themselves.

Hoadley says that by becoming accountable and being honest with himself he was able to heal and change:

I began to see the pattern in my behavior – that I had so overcompensated for past shyness that I’d become addicted to pursuing women. I imagined what it must have been like for my Singaporean colleague: standing in the elevator as an entitled, older businessman, came too close and grabbed her. For a moment, I felt her fear and outrage. Then, finally, I felt disgraced by who I’d become.

…I turned my life upside-down. I quit finance, hired a therapist, got sober, abstained from sex for three years, developed a daily spiritual routine, and built a business where I’m working daily to serve others. I’m thankful for the courage my Singaporean colleague demonstrated by reporting me. It was a much-needed wake-up call.

If you recognize yourself in Mark Hoadley’s story, let this be your wake-up call. Once you begin to understand why you can’t seem to stop pursuing multiple sexual partners, or viewing pornography, or drinking, or doing drugs—or whatever activities you’ve used to distract yourself from your pain-and learn better coping and communication skills, you can become the man you always hoped you could be.

If your life has gotten out of control due to sex, alcohol, drugs, depression, anxiety or other behavioral health issues, please give us a call today. Everything you say to our intake specialists is completely confidential. They are happy to answer any questions you may have about our sex addiction programs, which include both inpatient and outpatient treatment options, and a 5-day Men’s Sexual Recovery intensive workshop. The number to call for Gentle Path is 855-333-6076.

Also, if you are concerned about your problematic sexual behaviors, you can take a Comprehensive Sex and Love Addiction Assessment from the experts at The Center for Healthy Sex. For more information call 855-333-6076.