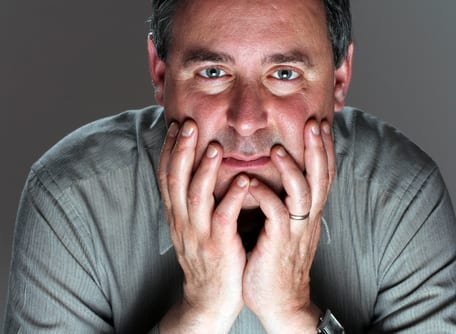 Signs that You Need Help for Sex Addiction

“Are my sexual behaviors really a problem?”

Some people clearly know the answer to that question, even if they refuse to admit it. Other people are not so sure.

Sometimes, sexual behaviors that fall within the range of what is acceptable in our society might not be seen as problematic, even if they are leading to severe internal and external consequences for the person engaging in them.

Also, problematic sexual behaviors sometimes only occur when a person is engaging in another addictive or maladaptive activity. For example, there are some people who only cheat on their spouses or partners when they are drunk. To them, it might seem like the problem in that scenario is the alcohol—and maybe that is partially true. However, the cheating also poses a problem that can be easily overlooked if the focus remains solely on the alcohol consumption.

Both the use of societal norms as the gauge for what is acceptable behavior and the rationalization that alcohol is the reason for cheating are forms of denial. Denial is a symptom of most addictions and it is often strongest in those who are struggling with sexual compulsivity.

Are my sexual behaviors really that bad?

Just like any addiction, sexual addiction can occur on a continuum of severity. On one end of the spectrum is the person who has caused physical harm to themselves or others or who has gotten into legal trouble for their sexual behaviors. On the other end is the person who hides their behaviors and feels shame about them but has not really suffered any external or visible consequences as a result.

While a person who has suffered more consequences might be more likely to admit they have a problem, it is not necessary to let things get that far before seeking help. No one thinks that they will ever go “that far,” or that their addiction will get out of control. Almost everyone feels somewhat surprised when they find themselves neck deep in dire consequences from their sexual behaviors, having believed that they would somehow avoid the inevitable. It is possible, and wise to stop before it gets to that point.

How do I know if I have an addiction?

There are three common characteristics of addiction: obsession, compulsion, and continuation despite adverse consequences.

Obsession refers to the intrusive and sometimes never-ending thoughts about the behavior. Obsession could mean that a person constantly thinks about the behavior; but, more often, it simply means the obsessive thoughts come at times that are inconvenient, inappropriate, or distracting and that it is difficult to stop the thoughts when they do arrive. The thoughts can be about the actual sexual behavior or about some aspect of the behavior. People might obsess about a person that they act out with, a place where they have acted out, (a hotel, car, or certain club) a plan to act out, or something that they use in their acting out (website, flowers, secret phone) or even about plans to enable their acting out (checking funds, making reservations, thinking of excuses of why they will be home late).

Compulsion refers to the engagement in the behavior despite efforts to not engage. A person who makes sincere promises that they will discontinue the behavior, then finds excuses to continue doing it in spite of those promises is typically acting on a compulsion. Another common example of a compulsive behavior is when a person knows they have made a prior commitment to be somewhere, like at a family function, but they feel they must act out sexually and they do, making them late for the function or making them miss it entirely. Ultimately, compulsive behaviors will lead to adverse consequences; however, adverse consequences alone do not necessarily mean that an addiction is present. Some people engage in a behavior, suffer an undesirable consequence, and then never engage in that behavior again. But, when someone continues the behavior after suffering consequences, it indicates a more severe problem.

Imagine a person who compulsively views pornography. Their children find the digital files, and their spouse becomes very angry and insists that all the pornographic images be deleted from the computers in their home. Instead, the person downloads the images onto a flash drive, labels it “Architecture Plans,” and continues to watch it, hoping the children will be deterred by the label.

Do I need help?

Adverse consequences have a unique way of offering a moment of clarity. A person may be willing to admit to themselves that they need help after suffering a consequence. Or they may be willing to get help, even if they are not sure they need it because, at a minimum, they want to avoid further painful consequences. There are also times when a person might seek help just to appease a loved one, their employer, or the courts.

Regardless of the reason, if the person receiving help is open to looking at the potential causes of their behavior and its consequences, they will reap the benefits of treatment. If you have suffered consequences for your sexual behaviors, particularly repeated consequences, the time to seek help is now.

When a person experiences consequences, it usually leads to a bit of an emotional crisis. There is a strong desire for the pain to stop. When the pain of consequences leads a person to make the wise decision to seek help, denial can sometimes step in and offer a second opinion. After the crisis of the consequence fades, decisions to seek help are occasionally rescinded. That call for help might seem like a “rash decision” or an “overreaction.” Do not allow yourself to fall back into denial. Get the help you need. Your future self will thank you.

What are my options for help?

The Men’s Sexual Compulsivity Workshop helps men to broaden participants’ views about sexuality, learn how to have healthy sexual experiences, maintain positive relationships, and avoid harmful patterns of the past.

The Journey of a Woman’s Heart: Finding True Intimacy Workshop is for women who want to explore unhealthy sexual patterns and behaviors that deeply impact their ability to develop real emotional connections. Methods for enhancing self-esteem from within, rather than seeking validation from outside sources are explored