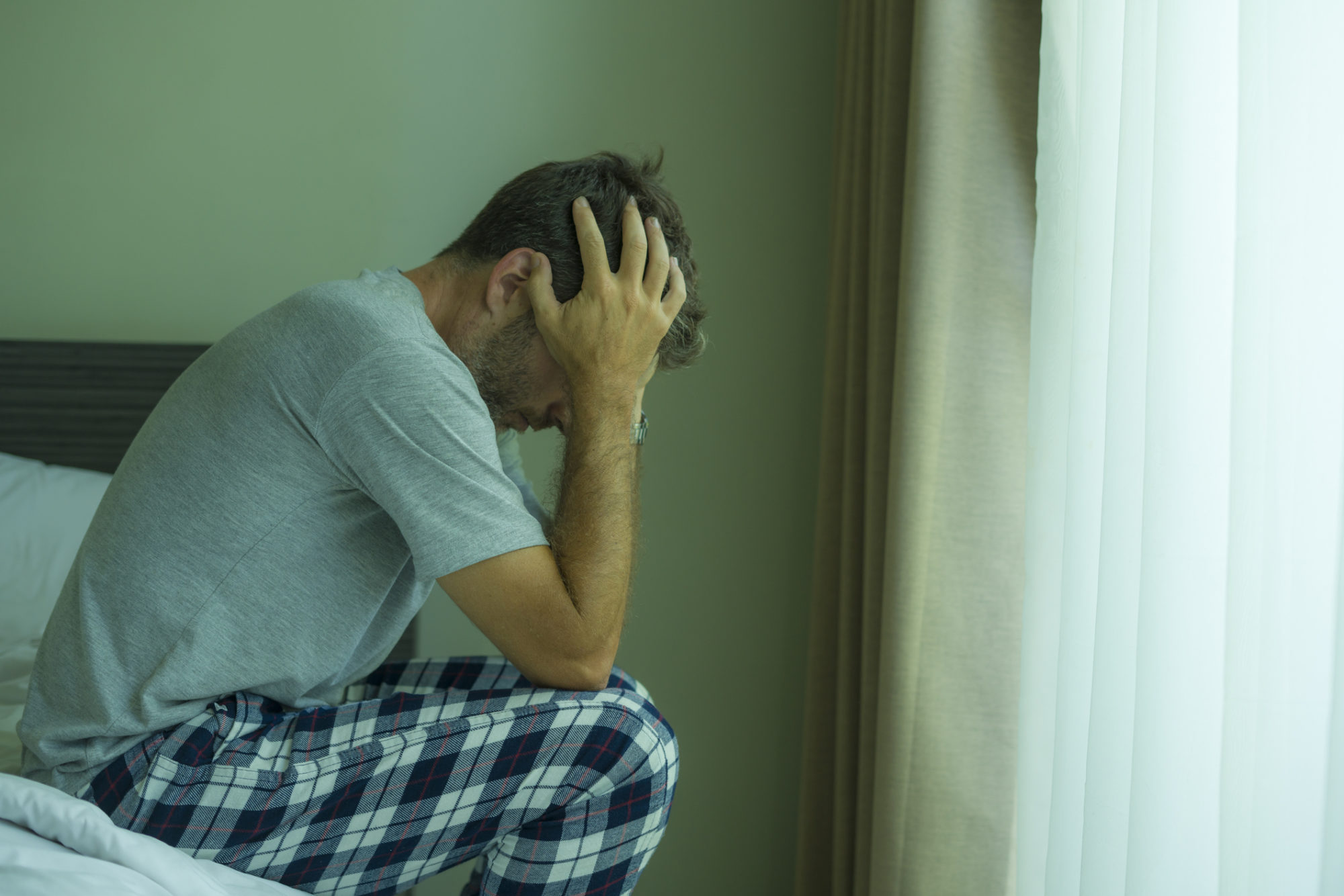 The Connection Between Trauma and Intimacy Disorders

April is Sexual Assault Awareness Month, a time to increase awareness about what constitutes sexual assault and encourage victims to come forward and seek help. But too often, boys and men are left out of the conversation, as if they aren’t vulnerable to sexual abuse, assault, or trauma. Society tends to view men as perpetrators and women as victims, with very little room for acknowledging the pain this stereotype has perpetuated.

In truth, sexual violence against boys and men is more common than we think. Consider the following statistics:

Men face a challenging road in processing and overcoming the trauma of sexual abuse, assault, and societal stereotypes about masculinity

The experiences of these boys and men often go unreported, unacknowledged, and untreated because our society has made these experiences difficult to discuss.

Sexual trauma taps into emotions that run counterintuitive to masculinity itself. Feelings like fear, shame, guilt, vulnerability, helplessness and submission, resulting from abuse or assault, are overwhelming and difficult to process, which is why boys and young men are less likely to report their abuse. Society perpetuates the myth that men are “unlikely” victims.

This is why boys and men who survive sexual violence often experience significant emotional issues, including post-traumatic stress, depression, anxiety, suicidal thoughts, and substance abuse problems, as well as unhealthy views of sex, intimacy, and relationships as an adult.

For men who have experienced sexual abuse, assault, or trauma, there are often lasting issues with intimacy. For some, the fear of intimacy — developing close emotional or physical ties with another person — handicaps their ability to engage, be vulnerable, and build trust, even if they really want to be close to someone.

Fear of intimacy may manifest in the following symptoms:

Often the trauma-induced fear of intimacy stems from a deep-seated fear of rejection. Perhaps he has experienced rejection firsthand as a child or witnessed the pain of rejection in a loved one. That fear makes taking the first steps toward a new relationship especially precarious. Fear of rejection becomes a sort of emotional paralysis, a self-defensive or self-preservation mechanism.

Fear of abandonment is also akin to the fear of intimacy. Once engaged in an intimate or committed relationship, this person lives in fear that his loved one will leave. This is often seen in those who experienced separation from their parents or the death of a parent, caregiver, or other loved one during childhood.

Other contributors to the fear of intimacy can stem from verbal or physical abuse or neglect during childhood, the fear of being controlled, or the fear of losing one’s identity in a relationship.

For survivors of childhood sexual abuse or assault, fear of intimacy may be expressed in the following symptoms:

These symptoms, if left unaddressed, will have a destructive impact on a person’s ability to cultivate healthy sexual relationships throughout life.

Sexual abuse, assault, or violence during formative years disrupts the physical, emotional, and psychological growth a person needs to make healthy sexual choices. This is why, as survivors move into adulthood, they often take one of two paths: either they fall prey to the fear of intimacy and withdraw from forming any serious relationships, or they begin a cycle of risky behaviors to self-medicate the pain of previous sexual trauma.

These addictive behaviors include excessive use of and dependence on pornography; infidelity within a committed relationship; and promiscuous sexual activity with strangers, prostitutes or a series of one-night stands — all of which seem contradictory for someone who was previously traumatized. And yet, because survivors struggle to understand their abuse and the pain that resulted from it, they often try to recreate some semblance of the events that traumatized them to gain power or control over what hurt them.

Sex addiction is defined as “a pathological relationship with a mood-altering experience.” It is a complex condition that involves both the emotional and the physical. It distorts the person’s perception of their identity, their purpose in life, and their understanding of healthy relationship dynamics. Diagnosis requires a professional assessment, but some signs of sexual addiction include:

Resolution and Healing for Male Survivors of Sexual Abuse or Assault

Men face a challenging road in processing and overcoming the trauma of sexual abuse and assault. Societal stereotypes about masculinity — about how “real men” should act, think and behave — reinforce the shame associated with victimization. To seek help and healing is often seen as weakness, when in fact, facing your fears and shame head-on and coming to terms with the pain requires great strength and maturity. It’s the most important step you can take toward resolution and healing. Gentle Path offers a safe, healing environment for men who have experienced sexual trauma.

Contact us today to learn more about how our program can help you or a loved one begin the journey to recovery.