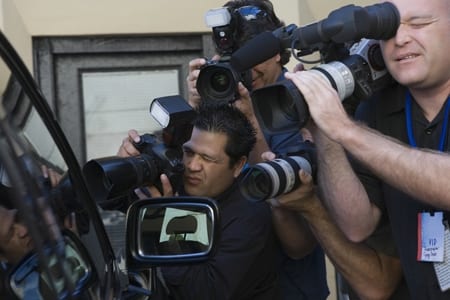 What Were They Thinking? Wealth, Power and Sexual Addiction

Earlier this week, news broke that Jared Fogle, the well-known spokesman for Subway, was at the center of an FBI investigation. No details have been confirmed at this time, but many speculate that the investigation is related to the recent arrest of an executive of the Jared Foundation on child pornography charges. (Fogle himself has not been arrested or charged with a crime.)

This news comes on the heels of the release of court documents in which veteran comedian Bill Cosby admitted to giving women sedatives in the pursuit of sex. And, similar shocking revelations have come to light in the past year pertaining to Stephen Collins from the popular 90s TV show 7th Heaven, and to Tiger Woods, who is rumored to have relapsed into his sexual addiction by cheating on girlfriend Olympic gold medalist Lindsay Vonn.

When these stories come to light, the same questions begin to appear on social media sites, in our offices, and around our dinner tables: “What is wrong with these men? How could they do these things? And, why can’t they stop?”

There are, of course, no easy answers to these questions. And, it would be too presumptuous for us to speculate about any of these men without any direct knowledge or understanding of their personal histories. But, here at Gentle Path at The Meadows, we do see some common behavioral patterns that emerge among our patients that have parallels to what we’re seeing in the news.

One of the patterns that we most often see with clients who are caught up in destructive sexual behavior is a struggle with an enormous amount of social or political pressure. Although this pressure in no way serves as an excuse for their behavior, it does often lead them to feel entitled to act out in destructive ways and, frankly, to not experience any negative consequences for it.

Their distorted thinking tells them that they’ve earned the right to do these things because “they work so hard” and “do so much.” On top of that, the constant scrutiny that they are under in the media and in other social arenas often fuels anger and resentment. The more anger, resentment, and pressure that exists, the more entitled they feel and the more destructive their behaviors become.

Over time, without intervention, the behavior will continue to get worse, sometimes leading to acting out that is even more offensive in nature. That’s when legal consequences and news stories often emerge.

Another common pattern we see in clients is the presence of narcissistic personality traits. These traits can include grandiosity, entitlement, exploitation of others, arrogance, repeated law-breaking, impulsivity, lying, aggressiveness, and lack of remorse or empathy.

According to a recent study, these same personality traits are associated with behaviors related to sex trade use, use of drugs with sex, soliciting sex with money or drugs, hurting and exploiting adults sexually and sexually exploiting children. Grandiosity, in particular, seems to have the strongest link to sexual acting out.

These traits are addressed early in treatment at Gentle Path through an exercise related to the first step of the 12-step model: admitting one’s powerlessness in the face of sexual addiction. This first step serves as a powerful challenge to grandiose, narcissistic, and antisocial traits, enabling patients to begin to take an honest stock of the damage caused by their actions and inactions and proceed with greater openness to restorative treatment.

There are three “A’s” that often fuel problematic sexual behaviors: Accessibility, Affordability, and Anonymity. The wealthy and powerful are not immune to their effects; as a matter of fact, for those with money or power these factors may have an even greater impact.

Accessibility refers to how easily outlets for sexual acting out can be found, from online pornography to escorts, to adoring fans willing to spend a few hours with a celebrity. Accessibility is often no barrier for the rich and famous.

The Accessibility factor is understandable in a culture that promotes immediate rewards as a means of comfort and happiness (e.g. fast food). Sexual images that elicit strong sexual responses are accessible within seconds through a few clicks of a mouse. This creates a sense of omnipotence and invulnerability for the addict, something that can be appealing to those who also presenting narcissistic personality traits.

Affordability, of course, refers to whether or not a person has access to the money or resources needed to purchase the types of sexual materials or encounters he’s looking for. However, it’s not just about money. It‘s also about emotional affordability. These men often feel that they cannot “afford” emotional complications and that they can better handle interactions that they can keep under control. It’s much easier to keep an interaction under control when it is with an object (i.e., a computer or a person who can be objectified).

Anonymity is a bit more of a struggle for celebrities who choose to act out with others in person. They frequently end up paying large sums of money for ongoing gifts or services long after the relationship ends to maintain the silence. Or, they endure the cost of attorneys to “make it go away.” For individuals whose choice is to indulge in pornography, anonymity seems assured, until the authorities knock on the door asking about the websites or files they have been viewing. The sense of Anonymity that comes with using pornography becomes understandable when a person is socially visible and is subjected to constant social scrutiny. Most forms of sexual acting-out could be immediately detected and sanctioned. Pornography and other forms of cybersex help them keep their secret lives in compartments.

The “three A’s” are a combination that can lead individuals to drown in a sea unhealthy sexual behaviors. One of the things we do as Gentle Path is help patients learn how to develop better coping skills, so they won’t be tempted to engage in those behaviors in spite of their accessibility, affordability and potential anonymity.

For the bystander, it may seem like “these men will never learn.” But, for those who are willing to acknowledge their problem and do the difficult and painful work of addressing their underlying issues, change is possible. Many men who have been through the program at Gentle Path report to us that they feel free from much of the shame that came with their sexual addiction, and that they have been able to regain their self-respect and restore relationships with their friends and loved ones.

If you or someone know is struggling with sexual addiction, we’re here for you, 24 hours a day.