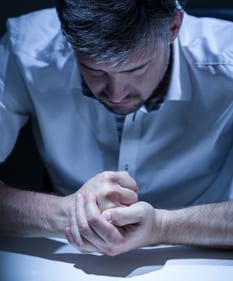 Why Sex Addiction Isn’t About Sex

When our culture hears about a person with sex addiction, often the automatic assumption is that he (or she) must like a lot of sex. In light of the nature of their behaviors, sex addicts are also often labeled as perverted, creepy, or strange.

These distorted perceptions aren’t just limited to the public but are often among the core beliefs that sex addicts have about themselves. As patients engage in treatment and begin to understand themselves better, they often begin to realize that their behaviors are not solely about the sex itself, but about some larger constructs.

As a treating therapist, I’m aware from the moment a patient enters my office, that the symptoms associated with sex addiction have less to do with sex, and more to do with limited coping skills for what is often an intense amount of pain. This is not to say that the sexual behaviors are excusable, but it does help us to shift the focus from the stigma of sex addiction and onto its possible underlying causes.

THE ROLE OF TRAUMA IN SEX ADDICTION

For many sex addicts, their problematic sexual behaviors developed early in their lives as a way to deal with significant stressors or trauma. For example, compulsive masturbation often stems from a child’s early learning about how to self-soothe in a chaotic home environment. At its onset, this coping skill was not necessarily problematic. But for sex addicts, the behavior becomes problematic when they do not acquire a more expansive set of coping skills as they continue to develop. This is just one example of the many ways in which engaging in normal and pleasurable sexual behavior may develop into problematic sexual behavior.

It is important to recognize that in our most functional human state we use a variety of coping mechanisms, including positive sexual behavior, to regulate ourselves, and that is not necessarily pathological or problematic. What can become compulsive, and perhaps problematic, is when this is one of our only coping mechanisms to regulate stress and anxiety over time.

As treatment providers, we work with patients to look at both the sexual behavior itself, and also at what may drive it. Sex addicts often have an immense amount of shame around their sexual behavior, so it’s important to help them understand any connections that may exist between specific sexual behaviors and their pasts.

But, some of their unwanted sexual behaviors are more about activating a part of the brain that allows them to numb out, dissociate, fantasize, or even feel deprived in order to provide some temporary relief from their emotional pain. In these cases, we would want to spend some time focusing on why a patient may choose these ways of responding, and what other coping skills they may need to develop in order to feel better about themselves rather than perpetuate the cycle of toxic shame they experience after engaging in their addictive behaviors.

The vast majority of addicts that we work with express an adamant desire to stop engaging in the use of alcohol, drugs, and to stop acting out sexually. Many of them can also identify numerous failed attempts to stop their behavior.