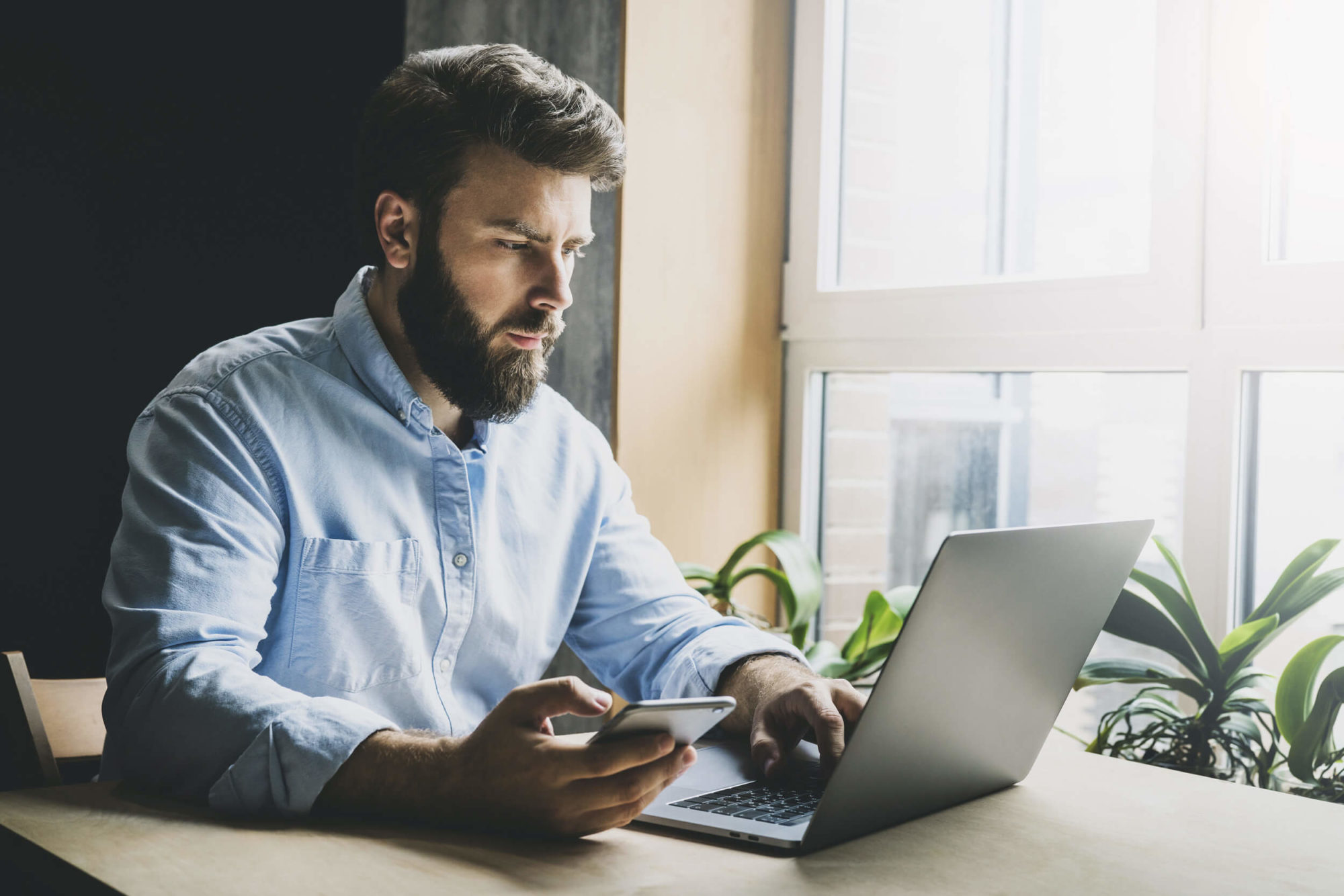 You have questions, we have answers

Realizing you or a family member needs help is one thing, choosing the right program is another. The process is often confusing and overwhelming. We hope that the information provided here will answer your questions and help you determine if Gentle Path at the Meadows is the right place for you to begin to heal.

Is sex addiction really an addiction?

This just made official what was already widely understood within the treatment field: Sexual addiction is a disorder, not a character weakness or simply bad behavior. Gentle Path Founder Dr. Patrick Carnes developed diagnostic criteria related to sex addiction which includes but is not limited to a pattern of out-of-control behavior, consequences due to sexual behavior, inability to stop despite adverse consequences, sexual obsession, and fantasy as a primary coping strategy, neglect of important social, occupational, or recreational activities, and inordinate amounts of time spent in obtaining sex, being sexual, or recovering from sexual experiences. Dr. Carnes also created a treatment program that specifically addresses these issues in a way that can bring freedom and lasting healing.

What is sex addiction?

Sexual addiction, also known as sex addiction, is a conceptual model that describes compulsive participation or engagement in sexual activity, despite negative consequences. It is a disorder, not a character weakness lack of self-control. Sex addiction is characterized by sexual compulsivity, obsession, persistence engaging in sexual behaviors despite negative consequences, and symptoms of withdrawal and tolerance related to sexual activity.

Why is sex addiction not in the DSM?

There are many factors that contribute to which mental health disorders appear in the American Psychiatric Association’s Diagnostic and Statistical Manual (DSM). New editions of the DSM are published as our understanding and conceptualization of mental illness evolves and expands based on research. Compared to other mental health issues, research on how to stop sex addiction is relatively new and, admittedly, controversial. One important change to the DSM-5 is the inclusion of gambling disorder in the category Substance-Related and Addictive Disorders, based on research that gambling activates the brain’s reward system in the same way that a drug does. While other process addictions like internet addiction and sex addiction were not included in this version of the DSM-V, this change is promising in that it opens the door for further scientific research to be conducted on addictive behaviors that are profoundly impacting people’s lives.

Will you have females working in your program?

Yes, we have male and female staff members working at Gentle Path. Our staff members are highly trained and experienced in maintaining appropriate professional boundaries with patients at all times. We understand that sex addiction is a disease of profound boundary failure. Our patients have the opportunity to begin practicing their boundaries through interactions with trained professionals in the safety of a treatment setting before being challenged to implement them in the outside world.

How will you protect my confidentiality?

Everyone on campus is typically a patient, family member, authorized guest, or Meadows employee. Our facility stands in the center of a large section of property situated off the main road and is secluded from view by dense trees and foliage. Members of the press and unauthorized persons will be escorted from the property immediately. Also, cell phones, cameras, and recording devices are prohibited on campus to protect the confidentiality of our patients.

What is the typical number of patients enrolled at any given time?

While we are licensed to treat up to 28 patients at one time, our patient census may vary over the course of your stay, typically ranging anywhere from 12 to 24 patients.

How can you stop sex addiction? Why is a 45-day program recommended?

Treating addiction effectively requires long-term dedication to your personal recovery. There is no such thing as a “get well quick” response to addiction. It takes longer than four weeks to get the traction you need to change the lifelong-held beliefs and behaviors that are rooted in addictions. Scientific evidence reveals that individuals who remain in treatment longer have a better chance of maintaining long-term sobriety.

Access to email and internet is limited to maintain the security of our treatment facility. Additionally, we have found that patients receive the maximum benefit from treatment when they are free from work-related stressors and able to focus on their recovery process without distraction. Patients may be granted very limited and supervised access to email at the discretion of their primary therapist. However, we suggest that you make alternative arrangements for the management of your work responsibilities and plan to only “work” on your recovery while in treatment.

Can I have a TV in my bedroom?

No. Access to electronics is limited to provide a safe and secure environment free from distractions and conducive to healing and sobriety. Electronic elements such as TV, internet surfing, and even radios or music can distract our patients from the emotional work they are doing on a daily basis. Over the course of several decades, we have found that the best work is done by patients with only limited access to these distractions. Patients do have access to a community television during specified times of the day.

Will we ride horses in this program?

How often will I meet with my therapist?

Will I have homework at night?

Homework assignments are part of the treatment program, and there is time structured into the daily schedule for homework completion. While the Gentle Path program schedule is highly structured, there is also time for rest, relaxation, exercise, socializing, and play. We consider all of these activities to be essential to maintaining a healthy, balanced lifestyle.

While we are not a 12-Step program, we do include a 12-Step emphasis, believing that sex addiction treatment benefits from a 12-Step basis. People who learn the steps and go to meetings do much better than those who do not. One of the frequent objections to the 12-Step approach is its requirement for a spiritual basis. However, a person does not have to identify with any particular religious or spiritual belief system to benefit from the support provided by the 12-Step fellowship and have found it beneficial to the maintenance of long-term recovery.

One of the challenges in recovery is learning to approach and work on deeply personal issues. It’s about learning to deal with what Carl Jung called the “shadow self.” In recovery, you start on a journey that will help you expose your shadow self and allow you to see who you are. One difficult task is to explore relationships with others and your relationship with yourself both past and present. 12-Step and other recovery support groups are crucial in facilitating this process. Working within the context of a group comprised of others who have been in your shoes allows you to let your barriers down and let others get to know who you are. Meetings help to build that critical support network where you can share your successes and failures, let others know when you are in trouble, and provide an environment where you can ask for help.

Recovery is not an event; it is a process. Attending and being involved in 12-Step groups as well as finding and utilizing the help and support of a sponsor helps to sustain ongoing recovery.

Is there a gym on campus?

Gentle Path at The Meadows has trained staff on hand to help our patients with their exercise and recreational needs in our self-contained fitness area. We recognize that exercise is an important part of recovery and frequently our patients require assistance in learning how to balance life and exercise needs. At Gentle Path at The Meadows, we schedule time each week for fitness and recreation activities. Our campus also includes a pool, sand volleyball court, outdoor basketball court, and putting green on site. We offer yoga and tai chi regularly, and we have access to a ropes course and horses for equine therapy at our sister facility, Rio Retreat Center, located just across town.

What resources do you have to accommodate a specific diet?

Gentle Path has a full staff that can accommodate special dietary needs. Led by a registered dietician who also has a master’s degree in counseling, the team works with our classically trained chef. Meals are prepared from only the best and freshest ingredients, with the dietary needs of the patients given great consideration. Special dietary needs should be communicated to the intake coordinator you are speaking with before admission.

We have found that sharing rooms offers an opportunity for increased accountability and support during treatment. Patients may be placed in private rooms at different points in their stay depending on room occupancy, however a private room cannot be guaranteed and may be contraindicated. Sex addiction is a disease of isolation, and individuals who suffer from it often report feeling “alone in a crowd.” At times, private rooms can add to that isolation, and those are feelings we want to address during the treatment process while at Gentle Path.

What if I don’t get along with my roomate?

Requests for room changes are handled on a case-by-case basis. Our patient community is relatively small, and challenging interactions with your peers can often be experienced as growth opportunities. However, every effort will be made to make your stay comfortable so you can focus on the issues that brought you to treatment.

Will my family be involved in my treatment?

Family members will be encouraged to be an active and integral part of the process. During treatment, they may be invited to attend an intensive week-long family workshop, if it is deemed appropriate for your unique situation. We believe that family support and involvement in the process is a key component for success in long-term recovery. During family work, family members will explore addiction, recovery, and healthy relationship dynamics while in a safe environment focused on healing.

How do you know if help is really needed? What type of treatment is right for your situation? we have answers to your questions.

You may be feeling overwhelmed, but our experienced admissions specialists are here to walk you through each step of the process.