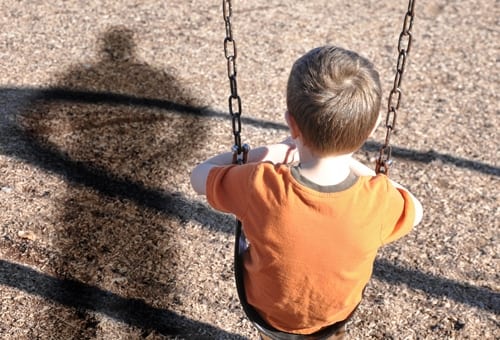 The Impact of Childhood Sexual Abuse on Adult Sexuality

By Cassandra Rustvold, LMSW, MEd, Trauma Therapist at Gentle Path at the Meadows

Childhood sexual abuse (CSA) has the potential to transform the trajectory of one’s life in a multitude of ways. While the effects of childhood sexual abuse are largely individualized and can manifest at different points throughout the lifespan, commonly reported symptoms and long-term effects include dissociation, depression, anxiety, eating disorders, self-harm, relationship difficulties, and addictive or compulsive patterns of behavior (Aaron, 2012).

The sexual functioning and sexual identity in adolescence and adulthood is a particularly vulnerable factor in survivors. When a child suffers sexual abuse, sexual arousal becomes activated prematurely and can largely impact the survivor’s sense of autonomy over their body and sexual sense of self (Roller, Martsolf, Draucker & Ross, 2009).

It can also draw early connections in the neural networks of the child’s brain that associates sex with power, fear, shame, confusion, secrecy and/or pain. It is not difficult to imagine why those whose sexuality has been impacted are more vulnerable to struggles with intimate relationships and sexuality.

When attempting to reconcile one’s abuse, a particularly confusing component for survivors of CSA is the experience of pleasurable physiological responses to their abuse, in conjunction with their emotional and psychological distress. Children who have experienced these positive and pleasurable feelings often report feelings of shame and responsibility tied to their abuse and sexuality and may experience an overall distrust of their bodily reactions (such as arousal) or physical dissociation (Hunter, 1990 & Long, Burnett & Thomas, 2006).

This fusion of shame, secrecy, and pleasure has the potential to predispose one to sexual aversion, sexual anorexia, dysfunction, or compulsion; thereby deterring them from developing healthy sexual scripts in adulthood.

The Link Between Sexual Abuse and Sex Addiction

In sex addiction, shame and despair act as a precursor to the beginning of future cycles, where the need to keep emotional pain at bay leads to mental preoccupation as an escape. The result of this addictive cycle often includes isolation, anxiety, alienation from loved ones, a breaking of one’s own value system, and secrecy; all things that often increase feelings of despair and a yearning to escape and repeat the cycle.

When an individual is struggling with intrusive thoughts of their sexual abuse or insidious negative self-talk as a result of their abuse, the lure of escape through addictive patterns of behavior is not only compelling but sometimes a means of psychological preservation.

These patterns of behaviors are often unconscious attempts to reconcile, reframe, or repair the abuse that happened in youth. Unfortunately, they do not always accomplish this task and can result in perpetuated psychological and emotional damage.

The Role of Gender

Gender differences also appear to play a role in how these difficulties manifest in adulthood and whether or not someone will seek out help.

Even in 2016, boys and men are still provided with narrow cultural and familial messages about what it means to be a masculine. This narrative includes such things as devaluing emotional expression and vulnerability while prioritizing promiscuity and maintaining control.

Research has found that male survivors are less likely to report or discuss their trauma and more likely to externalize their responses to childhood sexual abuse by engaging in compulsive sexual behaviors (Aaron, 2012). For a male survivor of childhood sexual abuse, these expectations are in large conflict with the need to shatter the secrecy of their trauma and/or obtain and maintain healthy sexual relationships; both of which require an open and honest dialogue.

Healing from Childhood Sexual Abuse and Redefining Your Sexuality

For men struggling with childhood sexual abuse and sexual addiction, learning to abstain from problematic sexual behaviors that reinforce abusive sexual scripts is just as important as learning how to develop healthy intimate bonds and create a sexual identity that is affirming.

For someone attempting to face these complex issues the importance of having acceptance and unconditional, non-judgmental support cannot be understated. It is the abusive and negative interpersonal interactions that created the pain and it is the supportive and affirming ones that have the power to lift it.

At Gentle Path at The Meadows, we specialize in creating this space while offering a host of trauma-based services that are informed by the most current understanding of the nature of trauma and its impact on the person as a whole. Additionally, the therapeutic focus at Gentle Path includes not only learning to identify which components of one’s sexuality are subtracting from the quality of their life but also identifying or creating ones to enrich it.