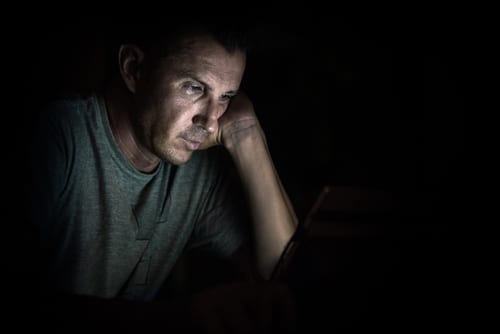 By Dan Griffin, MA, Senior Fellow at The Meadows

As Mr. Crews – so wisely says in his video series, “By not telling people it becomes more powerful. If you tell people it loses its power.”

“People say ‘You can’t be addicted to pornography, there’s no way.’ But, I’m gonna tell you something: If night turns into day, and you’re still watching… You’ve probably got a problem!” says Mr. Crews.

Sometimes these men use pornography as a way to retreat from sex because they equate it with negative experiences and feelings such as violence, shame, abuse, control, domination, and secrets. When I interviewed men for my book A Man’s Way Through Relationships, I was not at all surprised to find that nearly one-third of them had experienced some form of sexual abuse in their pasts. The Man Rules keep men from talking about sexual abuse, let alone even being able to see those experiences as abuse. These men often have reactions to sex that are confusing. Sometimes, for these men, porn becomes a replacement for sex because it is safer The confusion and pain of sex is too hard to navigate with another human being.

If you’ve experienced sexual or emotional trauma, and you find yourself acting out in ways that are destructive to yourself and to others… you deserve to get help, find peace, and show up as the man you truly want to be.

The first step if you think you have a problem is to find a qualified Certified Sex Addiction Therapist in your area. He or she will listen to you without judgment and help you come up with an appropriate treatment plan. You can overcome it, and you are worthy of a life free from shame and fear. Also, feel free to give one of the Gentle Path at The Meadows Intake coordinators a call at 855-333-6076 to find out if an inpatient sex addiction treatment program might be right for you. Whatever you do, make a commitment not to live in secrets and shame anymore.